The World BOSAI Essay is an imitation of "Tsurezuregusa," the 14th century Japanese essayist Kenko YOSHIDA’s thoughts and anecdotes based on his own experiences, in which Yuichi Ono and the Foundation staff post their daily thoughts on disaster risk reduction. 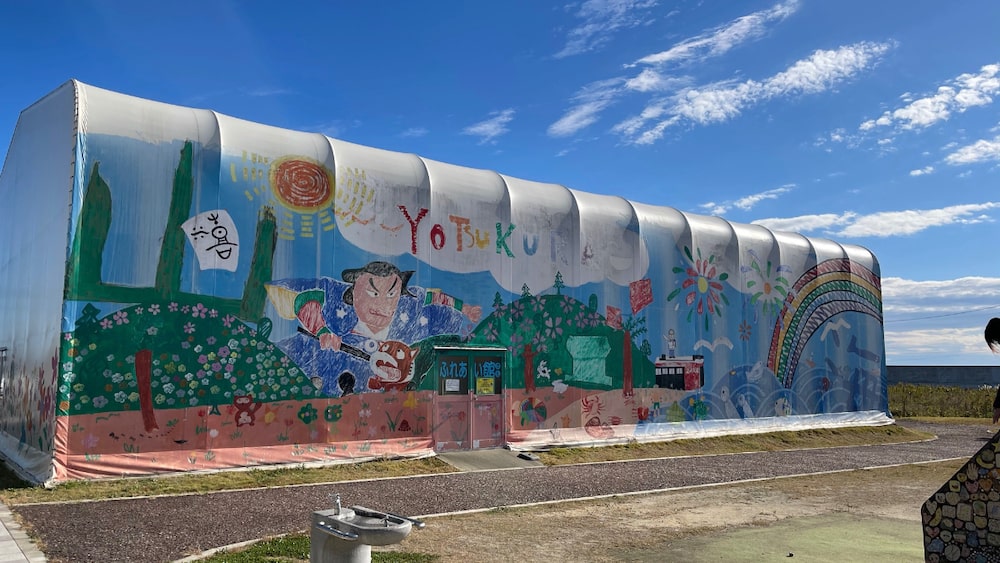 "It's been 10 years, but it's not over yet!" So say some voices. Compared to Miyagi and Iwate Prefectures, Fukushima Prefecture's reconstruction has not progressed much." It's already been 10 years!" Some people say. In Fukushima, nearly 40,000 people are still forced to evacuate. As a result, many people have not been able to return to their homes. This year's 3.11 was my first time in Fukushima. When I was a child, I was in Utsunomiya City, Tochigi Prefecture, so Fukushima is a neighboring prefecture and a place that holds fond memories for me. During the summer vacation of my third year of junior high school, I went to Nakoso Beach in Iwaki with my family for P.T.A. and other events. Unfortunately, we couldn't go into the sea because it was a cold day with fog called "Yamase" blowing that day, but the owner of the inn who was also a fisherman was kind enough to take us for an hour ride in a small boat with a motor, although I don't remember if it was in the inland sea or the inlet. There wasn't much to see, but the black and white scenery we saw in the light rain is still burned into my eyes. The fisherman was unsociable, but he didn't give us a bad look. He was quietly taking care of the children, paying attention to their safety. The tanned, taciturn man was the very image of Fukushima itself. Not only in Fukushima, but also in the Tohoku region, there are many sincere people like him, although their words are few. Also, as is often said, many people seem to be patient. The same can be said for this disaster; nearly 40,000 people are enduring the long winter after the disaster. At the very least, people in the Kanto region, including the Tokyo metropolitan area, who receive the power of the Fukushima nuclear power plant, need to think more about the current situation in Fukushima.
The feelings of those who died on the way to the evacuation centers. And the feelings of the bereaved families. The feelings of the elderly who could not return to their hometowns and died in evacuation centers or on their way there. The feelings of those who went missing in the tsunami and were never found due to high radiation levels. The feelings of those who were burglarized in the difficult-to-return home areas. The feelings of those who had to give up the land they had cultivated for years. The feelings of those who had to kill the livestock they had carefully raised with affection. The feelings of the people who ship the crops from Fukushima, which are still sold at a low price. The reputational damage is not limited to agricultural and marine products. Discrimination against people from Fukushima was seen all over Japan. That was really painful. The same goes for discrimination against coronavirus patients now. It is a terrible act that hurts those who are suffering. This is not the time to lament about this terrible world. As a person living in Tohoku, I cannot overlook this. I would like to start fighting back against such injustice.
The "World BOSAI Walk Tohoku +10" will start from Iwaki City, Fukushima Prefecture. As we walk through Fukushima from south to north, including the evacuation zone of the nuclear power plant, we would like to convey the current situation of Fukushima to the world. I would like to convey to the world the thoughts of the people who are working hard to overcome the wind and snow. I want to show the world the evidence to dispel harmful rumors. I want to tell the world about the splendor and richness of Fukushima. And when the coronavirus is over, I want people to come to Fukushima for sightseeing. I would like to share with you some of the highlights for that purpose. This is revenge, isn't it? Spring in Tohoku is truly beautiful. That is because of the long winter. Once the long and harsh winter is over, Fukushima will surely be the most beautiful and lucky place in the world. This autumn, I would like to dash through Hamadori, the Pacific Coast of Fukushima, feeling the autumn in the lingering heat.
Yuichi Ono