To the children who will carry the future of Tohoku 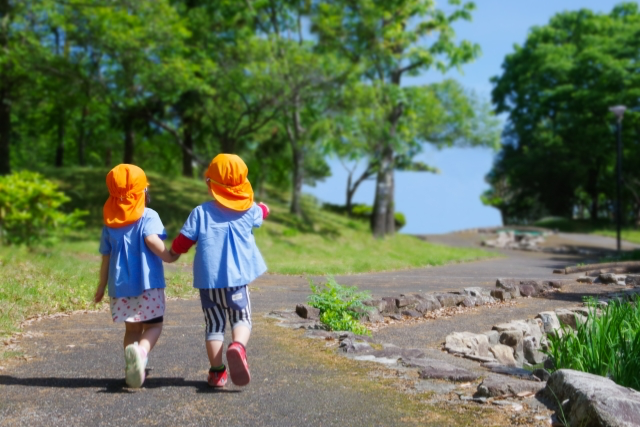 To the children who will carry the future of Tohoku

Everything is determined by people. You can tell everything by looking at people. Konosuke Matsushita, the founder of Matsushita Electric and Panasonic, whom I admire, was asked by a media person in the early days of his company what he makes, and he replied, "Matsushita Electric makes people (meaning that it focuses on capacity building in a broad way). We also make electrical appliances.” If you don't have capable people, you can't make good products. If we can't make good products, we can't do good business. There is no future. These are wise words. The same is true for society.

So what determines a person/people? The mind. What was the final factor that made the difference between life and death at Auschwitz? According to historical accounts, it was whether or not one had hope in their heart. Those who survived did not give up hope until the end. In the camps, it is said that those who lost hope died in turn.

The mind is a mystery. No one has ever fully understood the mystery of the mind. It is said that only a few people survive terminal cancer, but most of them are those who have strong hope. It has been medically proven that hope enhances the natural healing power.

The moment people lose hope in their hearts, they run out of strength and lose the power to live. The difference between despair and hope is only one letter in Chinese, but the difference is immeasurably greater. The moment you despair, the seeds of all possibilities are nipped in the bud. To have hope is to believe in your own potential. Whether the flower of possibility will bloom or not depends on whether you can have hope or not.

"The elephants in the circus” are the same elephants as those in the wild. They have the ability to pull out their chains and escape. But they do not run away. Why is that? It is because they have been chained since they were little and they do not doubt that they cannot pull the chain. They have given up trying from the beginning. We tend to be chained to our own mind without even knowing it. "I can't do it, there's no way I can do it.” People who think this way are like elephants in a circus. The more common sense adults have, the more likely they are to think this way. I don't have a long future. I have physical conditions. I'm too busy. I'm not so wise. I'm OOO. Adults are geniuses at coming up with plausible excuses.

To begin with, people think they know themselves, but they don't. We can't look deep into our own minds. Furthermore, we can't even look directly into our own faces, are we? So how can we properly evaluate ourselves? Nature is infinite. Human beings are a part of nature. Therefore, human beings are infinite. We are connected to nature. We are connected to the universe." Oh, how much I cannot long for," Kant said, "the brightness of the stars in the sky and the moral law in my heart.”

The great Chinese writer Lu Xun, who was also in Sendai, was a pioneer who took up the pen and fought for enlightenment. He changed the course of Chinese history. Nelson Mandela fought against racism and won his freedom through his prison struggle. Napoleon Bonaparte who marched into battle saying, "The word impossible is not in my dictionary.” Mahatma Gandhi, who was not intimidated by the overwhelming power of the British and won his independence through non-violence. What they have in common is that they fought without giving up hope even in the face of overwhelming adversity. That is the strength of their spirit and belief. That's why they were able to realize their full potential. They were not supermen from the beginning. I think they had their struggles. In fact, I think they were always struggling. I think they were able to open the door to their own potential by struggling and running through it. I believe that they were able to change the status quo drastically because they won the inner battle to break through the barriers of common sense.

Tohoku lost a lot of things in the earthquake and tsunami 10 years ago. Suddenly, they were in danger of losing their lives, their relatives, friends, homes, and jobs, and they were thrown into the depths of despair. “Why was I the only one to go through this?” “I also wondered why I was the only one who survived.” When I think about the feelings of parents who lost their children, I still cry in heart. I also understand the feelings of the children who lost their parents.

However, the people of Tohoku are not only grieving forever, but are also making persistent efforts towards recovery. The other day, I had a chance to talk with a mother who lost her daughter in the tsunami. She spoke to me for over two hours. I listened to her story with tears in my heart. I asked her, "How have you been able to live through such a tragedy until now?”  She replied, "Because I have a little grandchild left by my daughter. And because I talk to her every day in my heart." People who have immortal treasures in their hearts are strong. They cannot be defeated. I was so encouraged. It gave me courage to live as well.

Recovery is nothing but an empty dream if there is no hope for life. It is not something that can be easily provided by the government. It is said that recovery of the mind is important, but what is important? It is not about money or goods. It is the bond between people. Heart to heart exchange. Mutual encouragement. The presence of deeply trustworthy people. After that, I feel that health, a safe and secure environment, and disaster risk reduction could follow.

Twenty-thousand people died in the earthquake and tsunami in 2011. This is a fact, but do we think "Ah! 20,000 people died" or "20,000 people died, but"? I feel that in this slight movement of the mind, the future outcome is actually projected.

"Sure, Tohoku has been hit by tsunamis and famine many times in history, but did that destroy the region? Actually, the opposite is true. I think it has developed more through hardships. Honorary Professor Arata Hirakawa, a renowned historian and the first director of the International Research Institute of Disaster Science at Tohoku University, put it this way.

Some of you may think that you have survived with a light sense of guilty by thinking of others who have not. Those may wonder what a small person can do. But you know what? The possibilities for young people are endless and cosmic. Why don't you take the paintbrush of hope and paint a big picture on the canvas of your life? I believe that those who have suffered are like those who have a special color of paint that no one else has. It is up to your mind to create a wonderful and inspiring painting that no one else can imitate. Let's show that picture to those who don't yet believe in their own potential.

Afghanistan is in turmoil, Madagascar is suffering from starvation, Myanmar's military boots make noise, and people are struggling left and right in the face of frequent disasters around the world. In the hands of future generations in Tohoku who know the long and harsh winters of wind and snow, an "invisible passport" has been distributed to help them. It is up to you, the future people, to use it or not. I will try to pave the way for all of you in the future to be active, even if only a little. At the very least, I don't get in the way.