We launched the World Disaster Reduction Forum in order to break away from this negative image and to get not only experts but also citizens around the world interested in disaster reduction.

In the Great East Japan Earthquake, nearly 20,000 people were killed. Tens of thousands, even hundreds of thousands of people who were connected to those victims also suffered unbearable separation.

We are committed to spreading "BOSAI" around the world so that such a sad thing will never happen again.

We hope that many of you will come to the 3rd World BOSAI Forum to discuss, learn, and spread disaster reduction throughout the world.

Geographer and Climatologist, speacilized in wind-related disasters such as tornadoes. He is also keen to international disaster risk reduction policies. He has been involved in international disaster risk reduction policy development at the World Meteorological Organization (WMO, Geneva), the United Nations International Strategy for Disaster Reduction (UNISDR, Geneva and Bonn), and the United Nations Economic and Social Council for Asia and the Pacific (ESCAP, Bangkok), etc. After being away from Japan for nearly 20 years, he returned to Japan in 2012 to join the International Research Institute of Disaster Science (IRIDeS) at Tohoku University where he also serves as the director of the Global Center for Disaster Statistics, a joint initiative with the United Nations Development Programme (UNDP). 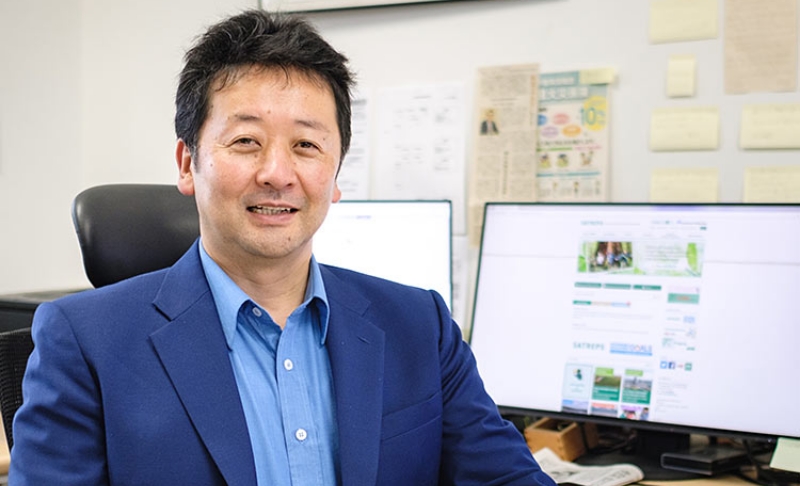 What is the World BOSAI Forum?

However, while there have been a variety of international conferences on disaster risk reduction held around the world, including UN-led and academic conferences, there has been no international "forum" where specific solutions to reduce damage from disasters can be focused, shared, and discussed.

Therefore, we decided to establish a "FORUM" in Sendai to propose solutions for disaster risk reduction from various perspectives, both domestic and international, industry, government, academia, and civil society, to learn from each other, to create new values, and to promote the Sendai Framework for Disaster Reduction. This is the World BOSAI Forum.

At the second World BOSAI Forum (2019), discussions were held on how to achieve Global Target E of the Sendai Framework for Disaster Reduction 2015-2030 (to significantly increase the number of countries with national and local disaster reduction strategies by 2020). The results of the discussions on what is a better recovery, what is a psychological recovery, and how to cope with disasters caused by climate change, which has become more serious in recent years, as well as the application of advanced technologies such as AI and IoT technologies to disaster management, were shared with the world.

The third session will focus on the following two points.
First, to encourage more active participation by the private sector and younger generations, and second, to increase participation and interaction by holding highly planned sessions on several themes, especially those related to integrated and interdisciplinary approaches. We will disseminate information to the world on concrete solutions for disaster reduction as the World Disaster Reduction Forum, through dialogue among industry, government, academia, and the private sector, with an emphasis on the perspectives of women and young people. 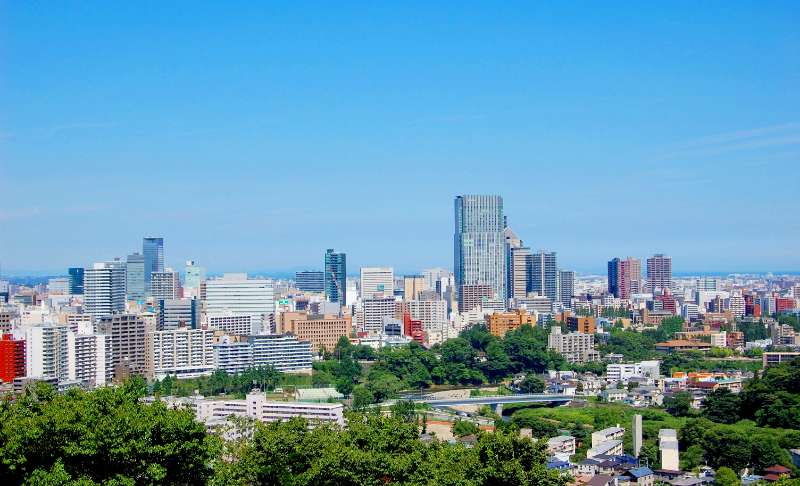 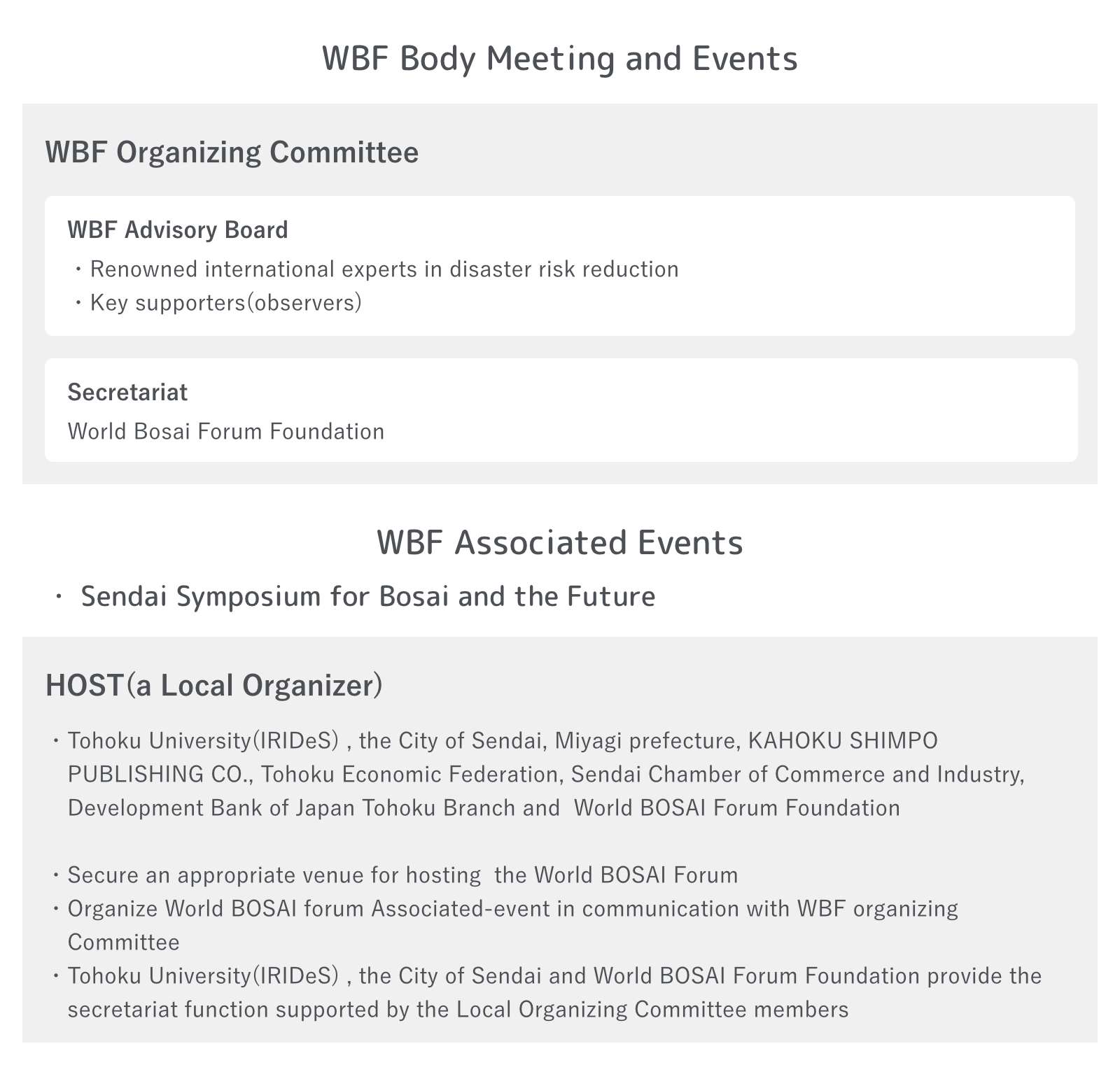 The five figures on the poster represent people of different skin colors, religions, and backgrounds who are united by a single goal of disaster prevention, bringing together their hearts and knowledge to share with the world.

The lower part of the poster depicts people's lives and the nature that is closely related to and always has a great impact on us. The World BOSAI Forum aims to create a society where nature and human activities are in harmony and no one suffers from disasters. 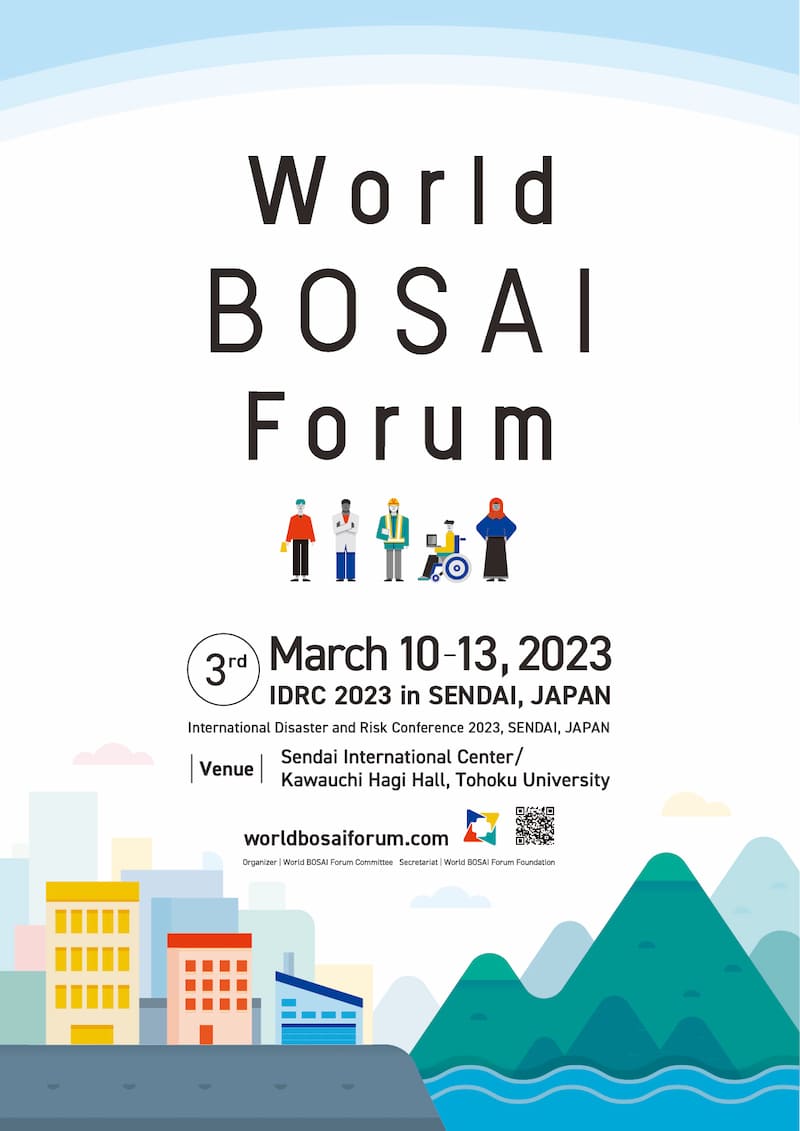 The Forum aims to serve as a basis for the sharing of research, technology, and experience in disaster prevention among people and its spread throughout the world.

This logo was created with the image of "a sign of knowledge sharing a vision of disaster prevention”. The logo depicts a diverse group of people gathered at one "table" to think, discuss, and create.

The four-colored shapes in the logo represent the four priorities of industry, government, academia, and the private sector, as well as the four priority actions of the "Sendai Framework for Disaster Reduction. We believe that the creative ideas that emerge from these flexible discussions will contribute to the future.

I look forward to seeing many of you in Sendai.

Ono-kun is a cute stuffed toy knitted with stuffing socks, but the origin of Ono-kun can be traced back to the Great Depression that began in the United States in the 1930s.

It is said that "Sox-monkey" started when a mother stuffed used socks with rags and sewed them together, while many people were in poverty and could not buy toys for their children.

The idea caught the hearts of housewives in Rikuzen-Ono, Higashimatsushima, who were in shelters after the Tohoku earthquake in 2011, and led to the birth of a Japanese-made sock monkey called Ono-kun.

In temporary housing, there is nothing but what is given.

I heard that the housewives who suffered from the disaster had a strong desire to do something by themselves.

Mr. Ono, who runs the World Bosai Forum, visited these housewives and appointed by them as a goodwill ambassador of Ono-kun.

In the World Bosai Forum, Ono-kun will appear casually, not in the shape of a yuru-chara(mascot), in consideration of Ono-kun, who has a habit of mumbling, "IT'S SUCH A PAIN!" Thank you. 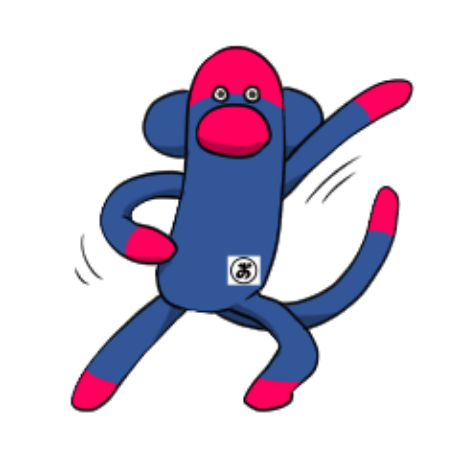