The Beginning of Disaster Response Volunteering: The Great Hanshin-Awaji Earthquake 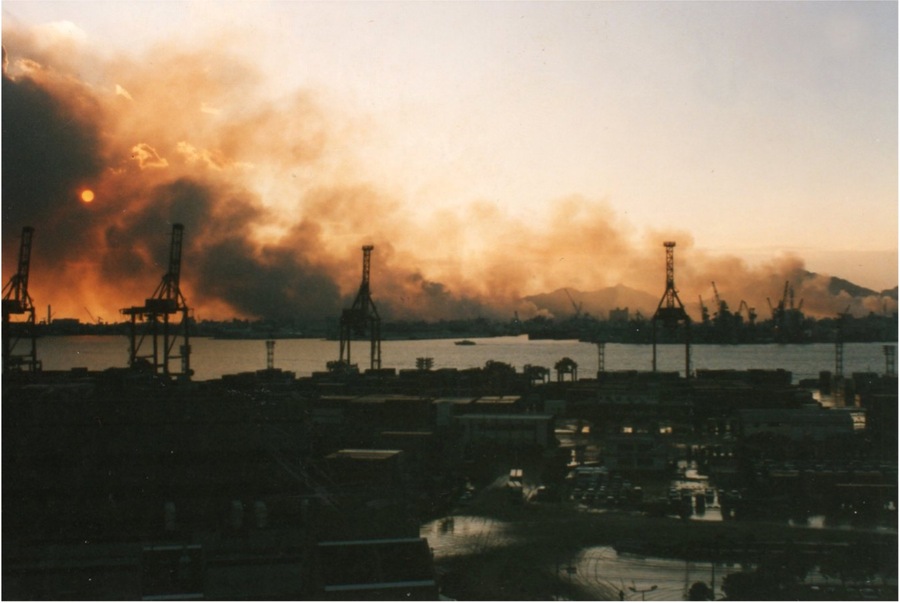 At 5:46 a.m. on January 17, 1995 (Heisei 7), in the pre-dawn darkness, a massive earthquake suddenly struck the city of Kobe and Awaji Island. It registered a 7.3 on the Richter scale, and the seismic intensity of 7 observed in Kobe was the largest ever recorded.

The earthquake left 6,434 dead, 3 missing, and 43,792 injured. About 105,000 residences were completely destroyed and 144,000 partially destroyed. Lifelines and transportation systems were also shut down. The earthquake caused fires to spread on a large scale, making it seem as if an air raid had occurred, and it showed the world how much damage a huge earthquake in an urban area could cause.

Learning lessons from the Great Hanshin-Awaji Earthquake, the Central Disaster Management Council of the Cabinet Office and many other research projects and study groups were launched. Disaster prevention plans, which until then had focused mainly on storm and flood damage countermeasures, were largely reexamined. For example, the following were initiated in the wake of the Great Hanshin-Awaji Earthquake.

In addition, in light of the reality that public agencies such as the fire department could not fully respond to the situation, local communities, businesses, and other forms of mutual support, as well as volunteer activities came to the fore.

Since this catastrophe, volunteer activities to support victims have gained momentum, and with each new occurrence of a large-scale disaster, such as the 1997 Nakhodka maritime accident, the 2004 Niigata Chuetsu Earthquake, the 2011 Great East Japan Earthquake, the 2016 Kumamoto Earthquake, the 2017 Northern Kyushu Floods, and the July 2018 Japan Floods, there has been an increase in the number of volunteers to support the victims of such disasters. As the infrastructure for volunteer activities has been developed, they have become a major means of support for disaster-stricken areas. For this reason, the Great Hanshin-Awaji Earthquake is also known as the “first year of volunteerism”.

Let’s think of the day of the Great Hanshin-Awaji Earthquake as an opportunity to rethink self-help and mutual aid, and to reflect on disaster prevention activities occurring around us.

For example, during "Disaster Prevention and Volunteer Week" from January 15 to 21, telephone and telecommunications companies offer trial use of services such as the Disaster Message Dial (171) and Disaster Message Board (web171).

Even if you have decided on a means of confirming your safety at work or at home in advance, there is no guarantee that unforeseen circumstances may not occur, such as the unavailability or inaccessibility of your chosen application in an emergency. It is a good idea to use the message services provided by each company as a backup.

During this period, you can also try out the Disaster Message Service, which will be opened in the event of a large-scale disaster.

You never know when a disaster will strike. Please take advantage of this opportunity to think about "what I as an individual, and we as a society should do" in the event of a disaster.