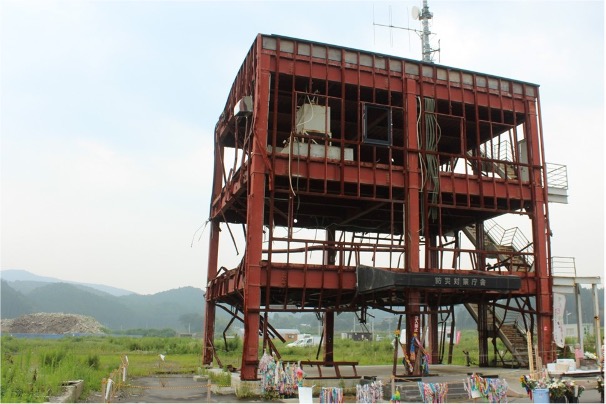 Eleven years have passed since the Great East Japan Earthquake devasted the Tohoku region. On March 4, Tohoku University and organizations involved in commemorating past disasters signed an agreement to March 11 as national “Disaster Prevention Education and Remembrance Day”.

The agreement calls for collaboration and cooperation in activities related to the establishment of "3.11 Day" and support for the surveyance of activities related to the Great East Japan Earthquake. It also asks that the government, related organizations, schools, and those involved in remembering past disasters promote activities to help establish the day with the aim of cultivating the power to live and build a resilient society by strengthening disaster prevention education and the commemoration of the tragic loss that the day entailed.

The Great East Japan Earthquake was a massive, widespread disaster characterized by intense seismic shaking and a tsunami caused by the Tohoku-Pacific Ocean Earthquake that struck off the coast of Miyagi Prefecture on March 11, 2011, and the accident at the Fukushima Daiichi Nuclear Power Plant caused by the tsunami. The magnitude 9.0 earthquake was the largest ever recorded in Japan.

Seismic shaking reached a maximum intensity of 7 on the JMA Seismic Intensity Scale and was felt over a wide area, especially in the northern part of Miyagi Prefecture. A huge tsunami also hit the coast. Damage occurred in 12 prefectures, mainly in the Tohoku region, leaving more than 22,000 people dead or missing, shutting down utilities and communications, causing a shortage of fuel, and, subsequent the nuclear power plant accident leading to massive power shortages, resulting in rolling blackouts. The effects of the massive, widespread evacuation continue to this day.

Meanwhile, 11 years have passed since the Great East Japan Earthquake, and memories of the disaster are fading. While more efforts are required to improve disaster preparedness in the face of the recent spate of disasters, disaster education and learning from the legacy of past disasters vary greatly from region to region and school to school.

In response, experts in disaster education, tsunami disaster prevention, and seismology, including Fumihiko Imamura, Director of the International Research Institute of Disaster Science at Tohoku University, are spearheading an initiative to designate March 11, the day of the Great East Japan Earthquake, as “Disaster Prevention Education and Remembrance Day”.

On March 4, the International Research Institute of Disaster Science at Tohoku University and the Tohoku Regional Development Association held a signing ceremony for an agreement to enact the day.

According to the agreement, the establishment of "3.11 Day", the day on which the Great East Japan Earthquake occurred, will enhance the resilience of regions and promote sustainable development by passing on lessons learned from past disasters, developing human resources, maintaining safety and security, and preparing for future disasters.